Results of this fall’s Barents Sea population survey have been released by the Norwegian Polar Institute and they are phenomenal: despite several years with poor ice conditions, there are more bears now (~975) than there were in 2004 (~685) around Svalbard (a 42 % increase) and the bears were in good condition.

Oddly, in a September report right after the count, biologist Jon Aars reported them in “excellent” condition, with some of them “as fat as pigs.” I guess “good” is the same as “excellent.”

Bears in the Russian portion of the Barents Sea were not counted this year because the Russians would not allow it; the previous total count, from 2004, was 2,650 (range ~1900-3600) for the entire region. 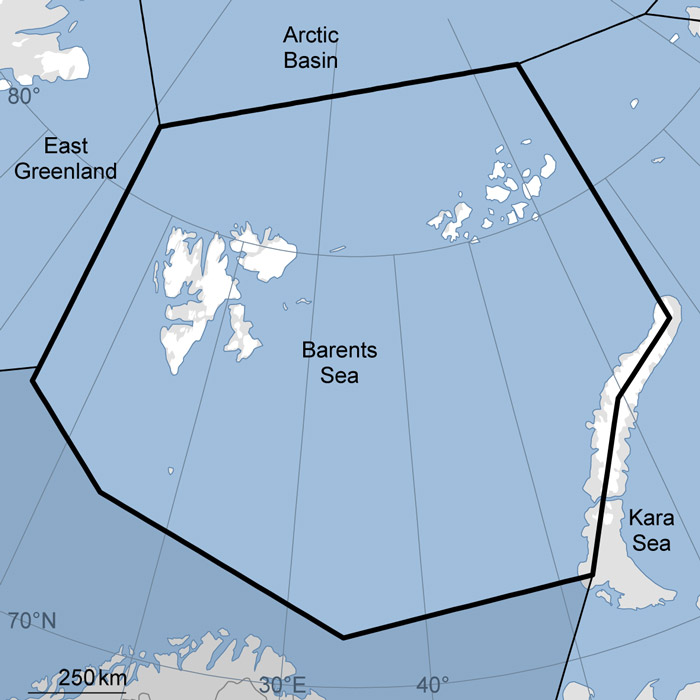 In the map above (courtesy the IUCN Polar Bear Specialist Group), the Svalbard archipelago is on the left (Norwegian territory) and the archipelagos of Franz Josef…