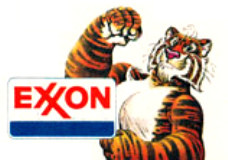 Watts Up With That?

A letter reportedly being circulated among a handful of Democrats this week in the U.S. House of Representatives, calling for an investigation into energy companies’ opinions on climate change, references news reports that the letter’s authors characterize as independent journalism. But according to online records, the reports were actually financed by large foundations that oppose oil and natural gas development.

Fewer than two dozen Democratic members of the U.S. House have signed on to a letter circulated by Rep. Ted Lieu (D-Calif.), which cites “investigations by the Los Angeles Times and InsideClimate News” that accused at least one U.S. oil and natural gas company of “financing efforts to amplify doubt about the state of climate science.” Congressman Lieu’s office says it will send the letter “in a few weeks